The History of Toilet Sanitation: Sanitation’s Ups And Downs 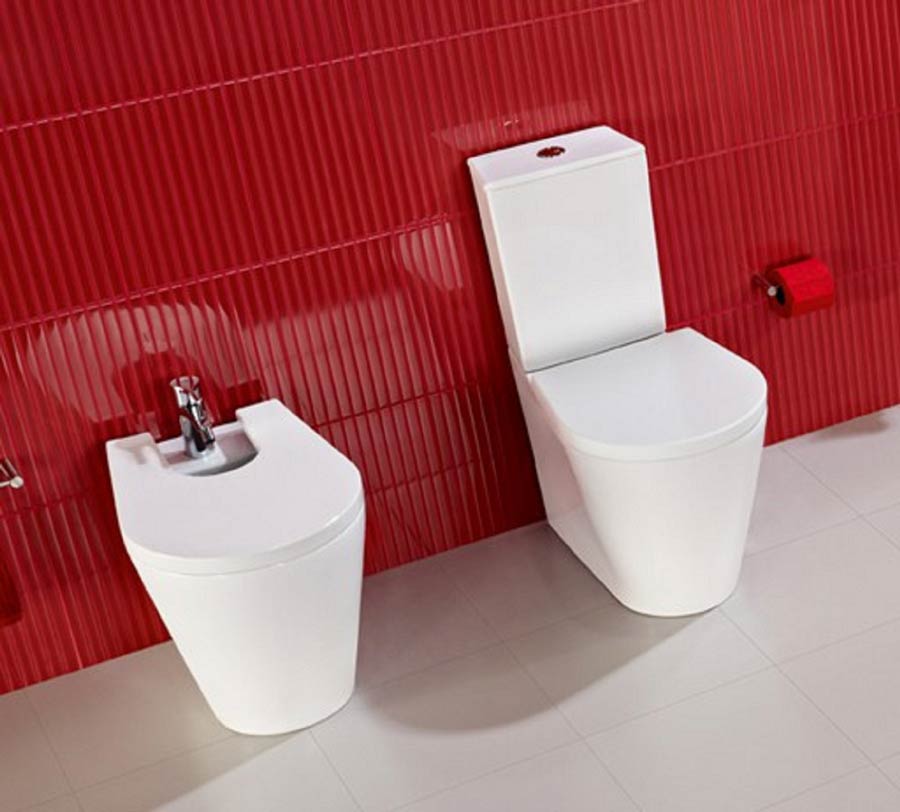 The History of Toilet Sanitation: Sanitation’s Ups And Downs

Would you have guessed that the flushing water-closet is already several thousand years old? Even though it may not yet have been conclusively established whether it was 4,000 or 5,000 years ago that the Indians, the Chinese or the Sumerians used the first flush toilet, one thing is completely certain, and that is that the Greeks possessed toilets and sewage systems as early as 2500 B.C. Around a thousand years later, the Romans built the Cloaca Maxima, Ancient Rome’s huge drainage system. In addition, the Romans had latrines, the use of which was reserved solely for the rich, who met in these informal setting to discuss and do both their big and small business.

The fall of the Roman Empire also marked the end of this early sanitation culture. As flush toilets and sewage systems didn’t exist in medieval Central Europe, it stank to high heaven. Calls of nature were answered al fresco, or the faeces were simply poured into the gutters.

This situation didn’t change until the end of the 16th century, when the English poet Sir John Harington invented the first “modern” water closet – an undertaking assigned to him by his famous aunt, Queen Elizabeth I. Harington’s fellow countrymen ridiculed the invention as a sick joke, and although Harington drew up a precise construction manual, the first water closet of our modern age fell into oblivion.

Then, around 200 years later in 1775, the Scottish inventor Alexander Cummings invented a water closet which presented the S-shaped trap still used to this day, and was awarded the patent for it.
From then on, there was no stopping the triumphant advance of the “Water Closet”.

In the second half of the 19th century scientists, such as Louis Pasteur, began to recognise the relationship between disease and hygiene – as a result, the demands for more hygiene became increasingly louder.

At a very early stage, ceramics specialist Villeroy & Boch saw the market potential of the sanitary-ware sector with its bathtubs, sinks, toilets and tiles. By 1870 Villeroy & Boch was already equipping public swimming baths, private bathrooms and hospitals with easy-care tiles. As early as the mid 1870s, the company was offering a small range of urinals and toilets.

Developments made in the area of production methods and materials soon facilitated industrial production. Thanks to fireclay, Villeroy & Boch was able to produce sanitary ware and so-called “washing ware” in such large quantities, that these items became affordable for broad strata of society by 1899. Bathing culture and hygiene were thus democratised.

Despite this fact, however, around 1950, the majority of homes in Germany didn’t have an own toilet, at best a washing room.

This situation remained unchanged until the 1960s, when bathrooms were equipped as functional wet cells for personal hygiene and concentrated primarily on practicality and space-saving measures.

In the 1970s people began discovering the bathroom as a place to regenerate. In 1975 Luigi Colani created an absolutely revolutionary bathroom concept for Villeroy & Boch.

This was the first time a designer had actually focused on bathroom products and the toilet. Taking into account ergonomic standards, Colani’s designs displayed soft shapes that were created to accommodate the body perfectly.

Today, a wide selection of toilets can be found in a great variety of shapes and colours and offering additional comfort. They can be floor-standing or wall-mounted; a combination of toilet and cistern, or with pre-wall installation systems; washout toilets with ceramic ledges, or washdown toilets with direct access into the trap water.

And there’s even more: in recent years a whole series of innovations have been developed particularly in the area of WC comfort. In view of the increasing scarcity of water resources, Villeroy & Boch now offers modern, environment-friendly flushing systems, such as Omnia GreenGain, which function with as little as 3.5 litres to 4.5 litres of water per flush. Extremely convincing qualities are also displayed by the ceramic surface finish, CeramicPlus.

Its easy-care properties help reduce the amount of water and cleaning agents needed. ThePurAir WC opens up a totally new dimension in WC comfort. Thanks to its integrated technology, it is able to actively combat and banish bothersome odours.

FacebookTwitterLinkedInWhatsApp
Back to Blog 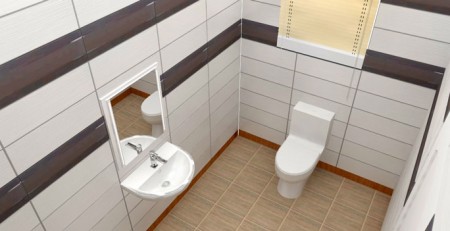 Bad Toilet Habits: Are You Doing Any of These?

You probably do not know it, but you might have habits that may have negative effects on your sensitive... read more 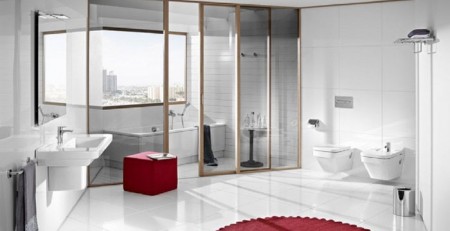 Regular bathroom maintenance is an essential part of housekeeping. It will save you a considerable amount of money over... read more 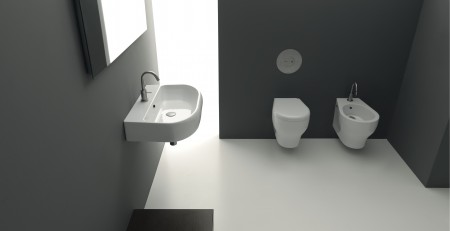 Give your bathroom a glamorous update in ten easy steps

If there’s one thing that everyone can appreciate, it’s a glamorous bathroom. Think sparkling fixtures and luxe materials with... read more

This site uses profiling cookies, owned by the company or by third parties, which are necessary for it to function. To find out how Cookies work, to block their use entirely or in part, and to find out more about personal data processing, please visit the extended disclosure page. The use of this site, browsing to other pages or closing this window mean you explicitly accept the use of Cookies. Find out more.